The call to action among American Muslims has yielded a diverse array of candidates. They include former Obama administration officials and longtime political activists, but also physicians and lawyers, women’s rights advocates, a molecular biologist and a former Planned Parenthood manager.

The flurry of candidacies makes for a lot of potential “firsts.”

Asif Mahmood, a 56-year-old pulmonologist, would be the first Muslim insurance commissioner in California. Deedra Abboud, 45, in Arizona, or Jesse Sbaih, 42, in Nevada, could be the country’s first Muslim senator.

And any one of four Muslim women — Nadia Hashimi, 40, in Maryland; Sameena Mustafa, 47, in Illinois; or Fayrouz Saad, 34, and Rashida Tlaib, 41, in Michigan — could be the first in Congress.

New York, NY – Today, a group of Muslim owned businesses, mosques, individuals, and student groups have finalized a settlement agreement with the New York Police Department (NYPD) in Hassan v. City of New York, a federal lawsuit challenging the suspicionless, discriminatory surveillance of American Muslims in New Jersey. Filed in 2012 in federal court in New Jersey, Hassan was the first lawsuit brought on behalf of American Muslims unlawfully surveilled under the NYPD’s program. The plaintiffs are represented by Muslim Advocates, the Center for Constitutional Rights, and Gibbons P.C.

As a series of Pulitzer Prize-winning reports by the AP revealed, under the surveillance program, the NYPD spied on at least 20 mosques, 14 restaurants, 11 retail stores, two grade schools, and two Muslim Student Associations in New Jersey. The monitoring included video surveillance, photographing license plates, community mapping, and infiltration by undercover officers and informants at places of worship, student associations, and businesses. Internal NYPD documents, including a list of 28 “ancestries of interest,” revealed that the NYPD used racial and ethnic backgrounds as proxies to identify and target adherents to Islam. By its own admission, the NYPD’s surveillance of Muslims failed to produce a single lead.

Under the terms of the settlement, the NYPD has confirmed it will reform its discriminatory and unlawful practices by agreeing to:

– Not engage in suspicionless surveillance on the basis of religion or ethnicity;

– Permit
plaintiff input to a first-ever Policy Guide, which will govern the
Intelligence Bureau’s activities, and to publish the Guide to the
public;

– Attend a public meeting with plaintiffs so they can
express their concerns about the issues in the lawsuit directly to the
NYPD Commissioner or senior ranking official;

– Pay businesses and
mosques damages for income lost as a result of being unfairly targeted
by the NYPD and pay individuals damages for the stigma and humiliation
harms they suffered for being targeted on the basis of their religion.

What’s a Lota? Let Me Explain the Secrets of the Muslim Bathroom 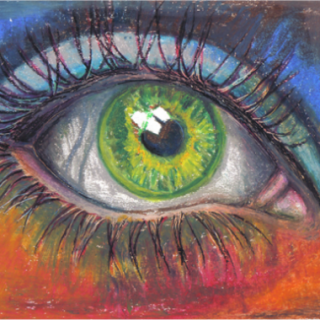