Most official accounts of Slahi’s torture have concealed or glossed over Zuley’s name.

Chicago has long had an institutional problem with police torture. An infamous former police commander, Jon Burge, used to administer electric shocks to Chicagoans taken into his station, and hit them over the head with telephone books. On Friday, Burge was released from home monitoring, the conclusion of a four and a half year federal sentence – not for torture, but for perjury.

When Zuley took over the Slahi interrogation in 2003 – his name has gone widely unreported – he designed a plan so brutal it received personal sign-off from then-US defence secretary Donald Rumsfeld.

This _is_ who we are: Guantánamo torturer led brutal Chicago regime of shackling and confession

Mr. Alhag was the subject of prior resettlement efforts that failed for no fault of his own. Cleared for release unanimously by all relevant government agencies, his transfer was delayed for years as the U.S. inexplicably opposed his release in court. The U.S. finally transferred him on the eve of new litigation by the Center for Constitutional Rights challenging his continued indefinite detention based on or because of his Yemeni citizenship. Such arbitrary detention violates U.S. and international law, including the Geneva Conventions, which the U.S. is obligated to uphold.

Of the 143 men who remain at Guantánamo, 84 are from Yemen. Of those, 54 Yemenis are currently approved for transfer. CCR attorneys say they should not be held because of perceived instability in their home country. 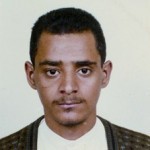 Adnan Latif suffered at the hands of the U.S. government in ways that most people can’t begin to comprehend

Adnan Latif, who died in his cell at the Guantánamo Bay prison camp on Sept. 8, was the ninth detainee to die. He was cleared three times for release, but there was no way to get out.