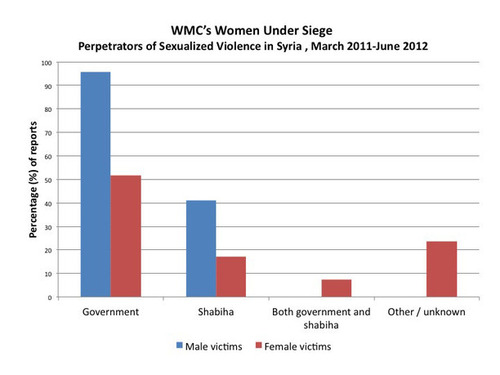 Government perpetrators have committed the majority of the attacks we’ve been able to track: 61 percent, including attacks against men and women, with another 6 percent carried out by government and shabiha forces together. These soldiers or officers have allegedly carried out 58 percent of rapes against women; shabiha (plainclothes militia) attackers 14 percent; government and shabiha working together 5 percent; and another or unknown attacker 26 percent. In 42 percent of the incidents of sexualized violence against women that we found, the victims were allegedly attacked by multiple people at once, suggesting a disturbingly high rate of gang rape.