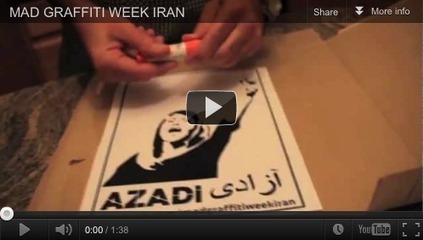 Mad Graffiti Week Iran is asking people to “stencil” in honor of Iran’s political prisoners from April 1-7. The effort is inspired and supported by Egyptian “Mad Graffiti Week,” which in protest of the current military regime quickly drew thousands of followers online.