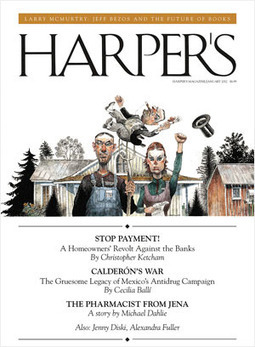 In the wake of September 11, Glenn Greenwald emerged as the nation’s premier chronicler of the war that U.S. officials waged on the nation’s civil liberties under the pretext of battling terrorists. Persistent and technically skilled, he played a key role in unmasking shameless betrayals by government attorneys of their oath to uphold the law—exposing those who enabled the torture of prisoners, the introduction of a massive warrantless surveillance system, and the merciless war against loyal Americans who attempted to blow the whistle on such abuses.
Via harpers.org