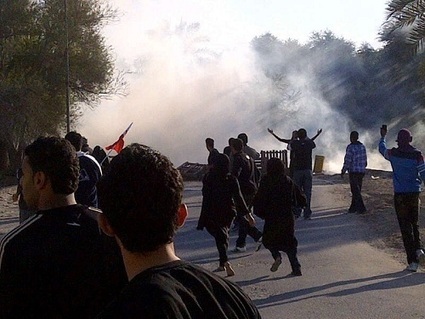 Occupy Budaiya street is an initiative by protesters in Bahrain, have been announced and organized for through social media (twitter and facebook), to stage a sit-in on sidewalks of one of Bahrain’s street. Organizers and participants emphasized on the peacefulness of the event. (#occupybudaiyaST) Like all peaceful protests in Bahrain, OccupyBudaya was prevented and violently attacked by riot police.
Via bahrainrights.org